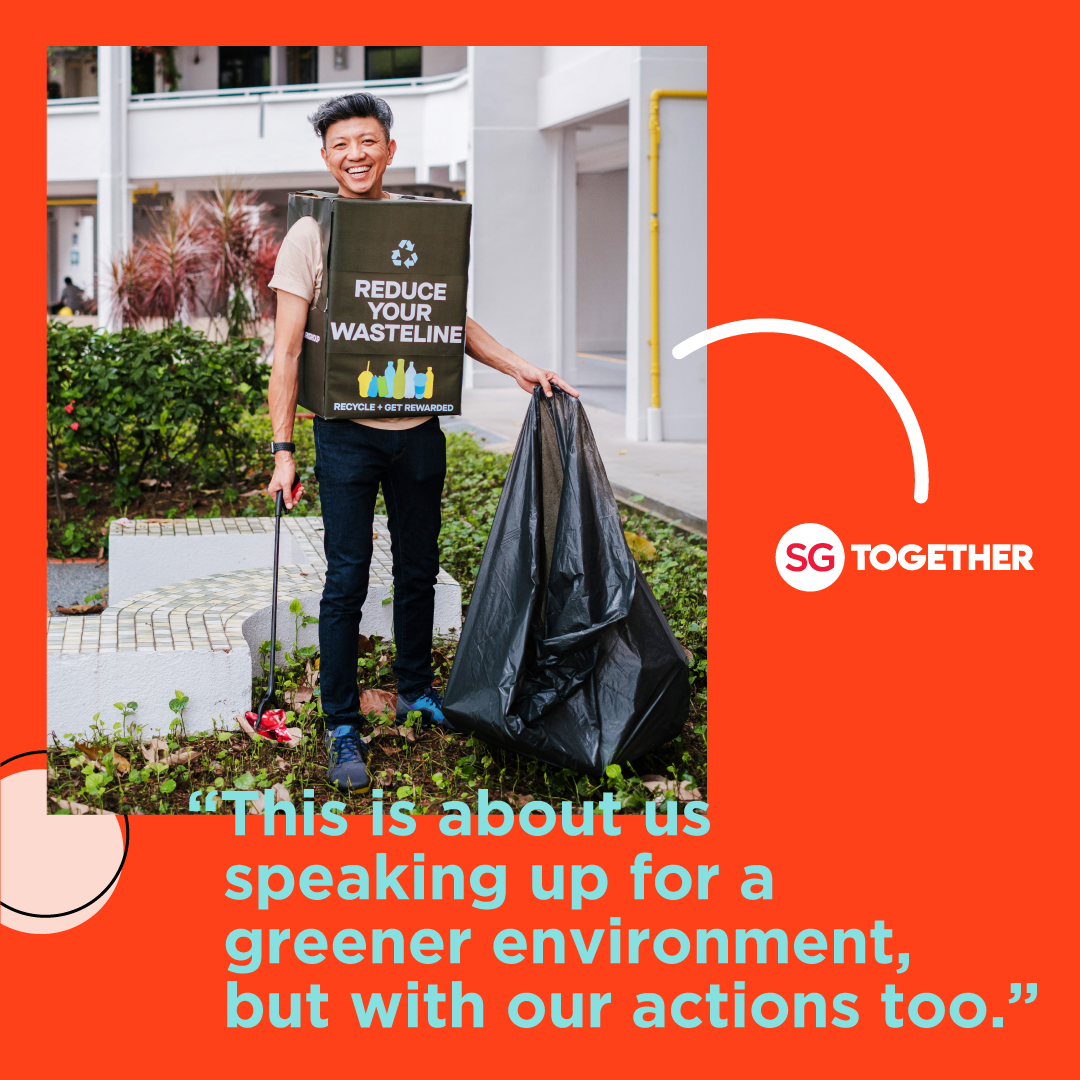 “The government is not made of superheroes, but I’m not one myself either.” That said, it doesn’t mean you can’t dress up as one! I did — to get people to care more for the environment, for Singapore. But that’s not how it began. About a year ago, I noticed trash building up along the footpaths, carparks, and landing areas of my estate, Jalan Bukit Merah. Instead of waiting for the cleaners, I decided to pick up the trash. After all, change starts with the small things. This led me to pick up trash when I went for walks and jogs. After some time, I started to keep tongs, clippers and trash bags in my car so I could pick up trash wherever I was.

Soon, I was doing this with my company’s staff when we were in HDB estates for work. I even got my children involved — it’s important that I not only tell them to take care of our Earth, but also show them how. No action is insignificant. Every action can contribute to a larger cause.

When I found out that there were workgroups for me to develop nationwide initiatives, I signed up so that I could work together with the government to do more for our nation. As a part of the #RecycleRight Citizens’ Workgroup, I met more people who cared. We pitched the idea of a Deposit-Refund Scheme (DRS), and it was chosen as one of the four pilot projects. To find out how receptive Singaporeans were to our idea, we dressed up as what we saw as a superhero — a DRS machine. The warm reception we received was encouraging. Who says Singaporeans don’t care? We’ve seen many campaigns about taking care of our environment, but they usually don’t work as well as they should. Why else would there still be trash lying around? Now, I hope that the ideas of everyday people can be put in place and make a difference. Next time you’re around an HDB estate, take a look at the blue recycling bins. If you notice that they look different, it could’ve been an idea contributed by someone like you or me!

— David Lau, Member of the Ministry of the Environment and Water Resources’ #RecycleRight Citizens’ Workgroup

Learn how we can all work together to make more happen: www.sg #SingaporeTogether